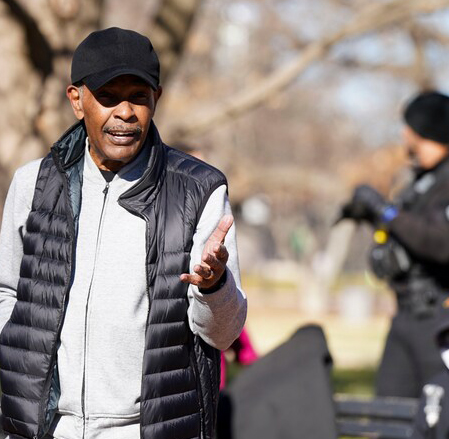 By Courtland Milloy of the Washington Post
It was Monday, Day 57 of Joe Madison’s hunger strike — no solid foods, he’d vowed, until Congress passes laws protecting the voting rights of all Americans. I’d called the SiriusXM radio talk show host at his home in D.C. to see how long he thought he could keep this up.

Madison is 72 and has battled cancer. With a hunger strike, he’s taking a risk.

“This is not a time for business as usual,” he said. “The way I see it, we are coming to the end of the second Reconstruction in this country, and the voting rights gains of the 1960s are under attack just like they were under attack in the post-Reconstruction era following the Civil War.”

“The first time, it was Jim Crow and the Ku Klux Klan,” he said. “This time it’s James Crow, esquire, and the Proud Boys. They are relentless. We need everybody on the battlefield for this one.”