The Blood of Emmett Till

In 1955, white men in the Mississippi Delta lynched a fourteen-year-old from Chicago named Emmett Till. His murder was part of a wave of white terrorism in the wake of the 1954 Supreme Court decision that declared public school segregation unconstitutional.

Tears We Cannot Stop: A Sermon to White America

Short, emotional, literary, powerful―Tears We Cannot Stop is the book that all Americans who care about the current and long-burning crisis in race relations will want to read.

African Americans Against the Bomb

African Americans Against the Bomb tells the compelling story of those black activists who fought for nuclear disarmament by connecting the nuclear issue with the fight for racial equality.

At Mama’s Knee: Mothers and Race in Black and White

In her first book, The Presidency in Black and White, journalist April Ryan examined race in America through her experience as a White House reporter. In this book, she shifts the conversation from the White House to every home in America. At Mama’s Knee looks at race and race relations through the lessons that mothers transmit to their children.

Beethoven and Me: A Beginner’s Guide to Classical Music

Best known as an African-American commentator on politics, race and social issues, Beethoven and Me: A Beginner’s Guide to Classical Music is a fast paced, easy to understand survey of the music’s well-known and not so well-known composers, their music and their struggles for recognition.

The NAACP – Fighting Neoslavery in the 20th Century

A compilation of stories and narratives confirmed by numerous letters and documents are used by the author, Ron Walters, to establish the amazing fact that slavery existed in the United States well into the 20th century.

Between the World and Me

In a profound work that pivots from the biggest questions about American history and ideals to the most intimate concerns of a father for his son, Ta-Nehisi Coates offers a powerful new framework for understanding our nation’s history and current crisis.

The Racial & Ethnic Diversity of the Jewish People.

In this unique memoir, Primetime CNN anchor Don Lemon takes readers behind the scenes of journalism, detailing his own struggle to become one of the most prominent African American men in television news—and inside some of the biggest stories of our times.

Hope on a Tightrope

A New Generation's Take on Race and Rage 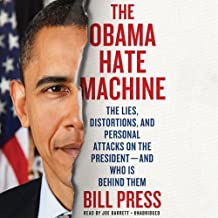 Race, Slavery, and the Troubled History of America's Universities