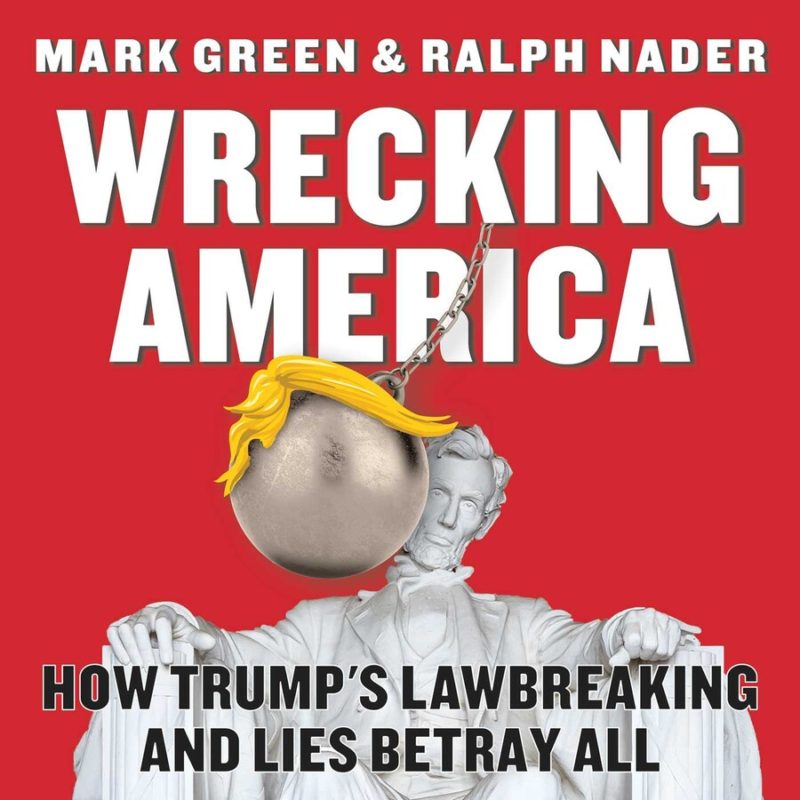 Wrecking America is most up-to-date look at Trump’s anything-goes “Fascism 2.0” presidency and campaign. It reveals how Trump’s daily “twistifications” (a Jefferson coinage) are killing tens of thousands of Americans and millions of American jobs, polluting the air and public debate, selling out his country for personal gain…and trying to “Make the Confederacy Great Again,” as he preoccupies himself with golfing, seething, and tweeting.

This November will test our 231-year experiment in self-governance like no time since 1860 and 1932. Will it be re-election or realignment? A Fascism for the few or Democracy for all? The wrecking ball of American Brownshirts or a new progressive backlash and era?