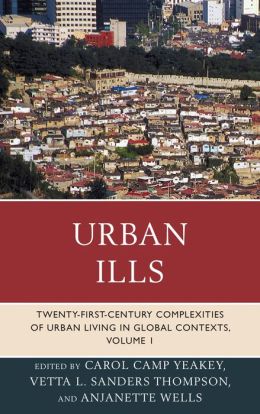 Urban Ills: Twenty First Century Complexities of Urban Living in Global Contexts is a collection of original research focused on critical challenges and dilemmas to living in cities. Volume 1 examines both the economic impact of urban life and the social realities of urban living. The editors define the ecology of urban living as the relationship and adjustment of humans to a highly dense, diverse, and complex environment. This approach examines the nexus between the distribution of human groups with reference to material resources and the consequential social, political, economic, and cultural patterns which evolve as a result of the sufficiency or insufficiency of those material resources. They emphasize the most vulnerable populations suffering during and after the recession in the United States and around the world. The chapters seek to explore emerging issues and trends affecting the lives of the poor, minorities, immigrants, women, and children.