The struggle for equality is as old as the nation itself. Each marginalized demographic has fought to achieve the opportunity for self-determination as guaranteed by the Constitution. The American military has contributed as much to the notion of American exceptionalism as American leaders of industry and American artisans.

The struggle for equality is as old as the nation itself. Each marginalized demographic has fought to achieve the opportunity for self-determination as guaranteed by the Constitution. The American military has contributed as much to the notion of American exceptionalism as American leaders of industry and American artisans.

Since 1776 the U.S. military has established a proven track record of winning America’s wars- the standard by which all militaries are judged. When called upon to do the nation’s bidding in combat or on field of competition, the U.S. military has been second to none. One of the unique aspects of combat is that rarely are Americans more equal than when thrust into harm’s way. It has been said, “There are no atheists in fox holes.” Similarly, racism, sexism, and homophobia quickly go by the wayside when things get real. Yet for the 19th century and half of the 20th century,

America’s military policies prior to 1948 regarding the use of manpower can best be described as an awkward attempt to balance the requirement to win America’s wars with the desire to support the socio-political caste system that relegated black Americans to second-class citizenship. President Harry Truman signed Executive Order 9981 on July 26, 1948 and cast the U.S. military as an unlikely champion for inclusion and equality of opportunity. Today, some of this progress is under direct threat. For as far as America has come, we still have work to do for Truman’s vision of equality of opportunity to become a reality for all Americans. Join me in this thought-provoking narrative that honors the brave American military pioneers, black, white, brown, male and female, straight and gay.

Join the conversation that challenges us all to continue the push for a better expression of America. 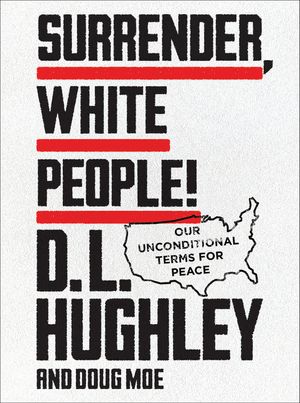 Surrender, white people! After 400 years of white supremacy in America, a reckoning is here. Time to listen up, look history in the face, and surrender unjust privilege. These are the terms of peace–and they are unconditional. Hope you have a sense of humor, because this is gonna sting.

SLUMBER is a Black science fiction novel that takes place in post-apocalyptic America. It is a dystopian tale in which a mutated virus devastates America. Millions fall into a deep, seemingly irreversible sleep. As a result, the country is in chaos. The remaining population must now decide how and if it can survive in the face of many obstacles and many enemies.