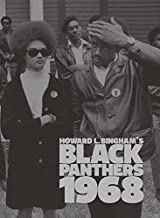 The infamous Black Panther party made history as the radical African-American organization established to promote civil rights and self-defense from the mid-1960s to the 1970s.

In 1968, LIFE magazine sent writer Gilbert Moore and photographer Howard L. Bingham to document and tell the story of the controversial Black Panthers. The Panthers were wary of mainstream media and their Minister of Information, Eldridge Cleaver, would only allow LIFE to do the story if Bingham was the photographer. Bingham and Moore followed the Panthers for months, from Oakland to New York to Los Angeles, only to have the story pulled due to a disagreement between Moore and the magazine. Now, forty years later, these photographs and their story will finally be published. In the interim, photographer Howard Bingham has documented some of the most compelling people and events of our time, from Dr. Martin Luther King, Jr. to Malcolm X and Robert Kennedy, and his lifelong friend Muhammad Ali.