Home > Books > The NAACP - Fighting Neoslavery in the 20th Century

A compilation of stories and narratives confirmed by numerous letters and documents are used by the author, Ron Walters, to establish the amazing fact that slavery existed in the United States well into the 20th century.

Dr. Ronald Walters, one of the most highly respected political scientist in the nation, has compiled a body of evidence and anecdotes to substantiate his hypothesis that chattel slavery for African Americans did not end with the signing of the Emancipation Proclamation and the passage of the Thirteenth Amendment to the Constitution of the United States. In Fighting Neoslavery in the 20th Century. Dr.Walters reports of the efforts to eradicate bondage led primarily by the National Association for the Advancement of Colored People. The stories and narratives are confirmed by numerous letters and documents that are used by the author to establish the amazing fact that slavery existed in the United States well into the 20th century

The Big Cheat: How Donald Trump Fleeced America and Enriched Himself and His Family 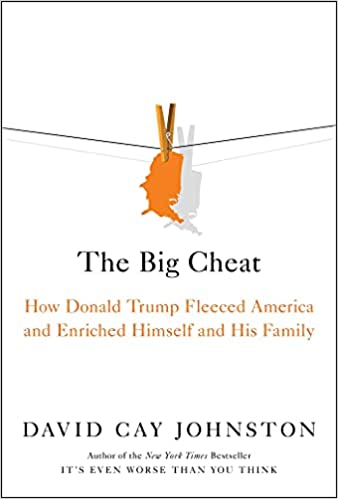